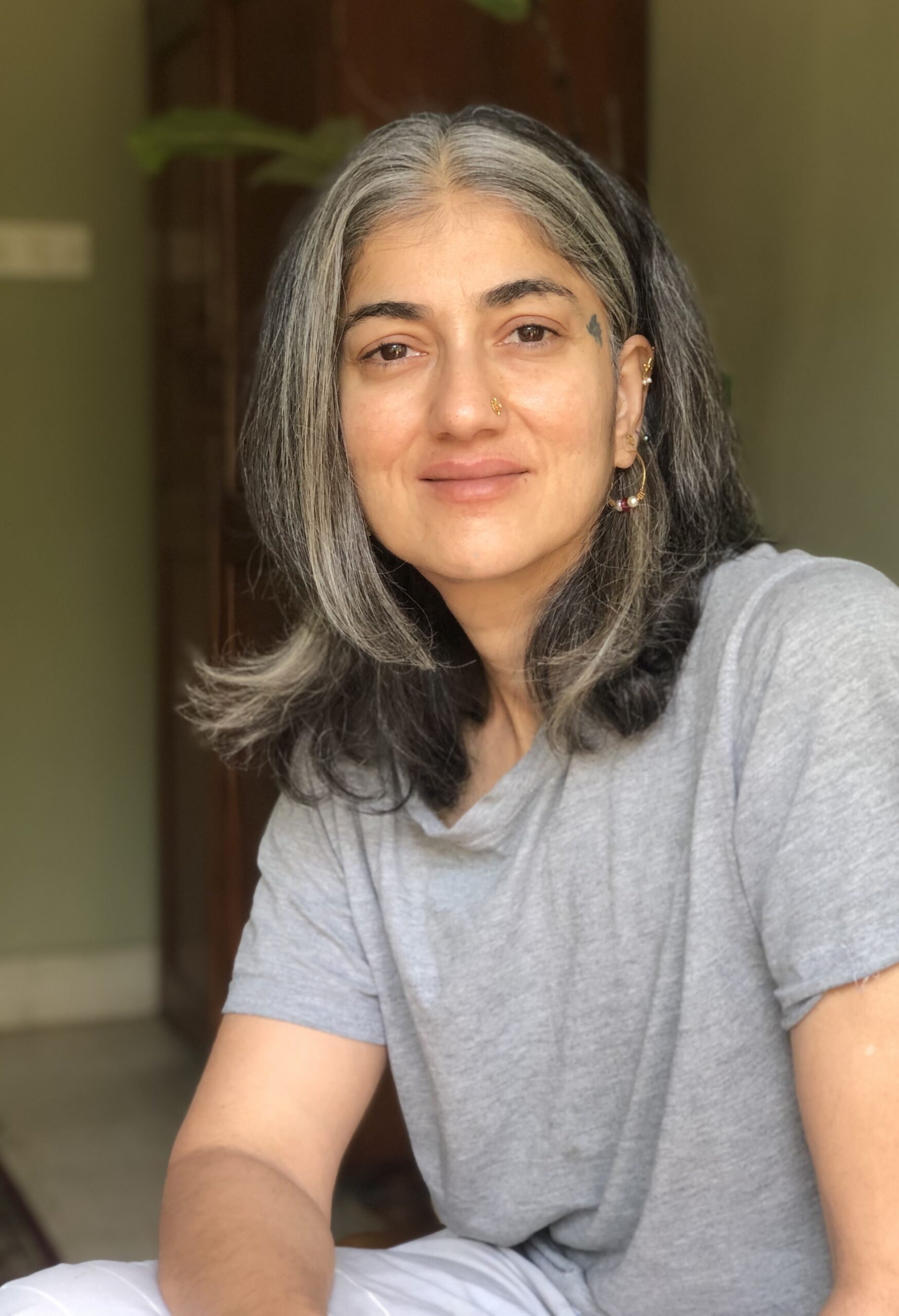 About the event:
The event is planned as a five-day movements based gathering to understand the primeval language of gesture, dance, and symbolism with the potential of encountering profound stillness experienced through the repertoire of Gurdjieff’s ideas and methods.
“Something of the world forces us to think, this something is an object not of recognition but of a fundamental encounter” – Giles Deleuze

Dance as a vehicle – An Invitation
How we live and function in life is often expressed by the phrase being in a body. The phrase implies a belief that there is something in the body which is not just the body. This can be described – and hence felt and seen – in many ways.  A different idea is that what is in the body is its movement or animation, which Aristotle ascribed to a ‘form’ (as in his duality of Form and Matter). In the words of Yogi BKS Iyengar, “As breath stills our mind, our energies are free to unhook from the senses and bend inward”. Physicist David Bohm’s approach as discussed in his book, Thought as a System considers thinking, feeling, and moving as a system, making together a whole. “To have the idea that thought is physical is one thing; to experience or realize it is another”.

These ideas and many others are ways or forms of articulating the ‘given sense’ of being in a body.

Gurdjieff’s worldview centered on the idea of undivided wholeness. He drew attention to our limited repertoire of postures and movements and said it included feelings and thoughts as well. Thoughts, feelings, and movements are linked together in a mechanical way. But beyond this mechanical system, it was possible to achieve a non-mechanical one. Gurdjieff devised an appropriate method known sometimes as sacred gymnastics. The meaning of this phrase is that the intention is not physical fitness, but the awakening to some ‘inner’ existence.

The Gurdjieff Work is a vehicle for human development. It is based on the primary principle that human beings, as differentiated from all other animals, can evolve independently. However, human beings are required to be active in their own evolution. An exacting inquiry and struggle is needed for inner evolution. The work is meant for those individuals willing to make the required efforts. It operates in life and makes use of ordinary life conditions.

A crucial component of Gurdjieff’s teaching is conscious attention.

“The very first moment you have an opportunity to lose your attention – you will!” G.I. Gurdjieff

Attention is the essential energy in man. And this energy can only appear when one is constantly occupied in seeing, in listening, in questioning. We must give our complete attention to the question in front of us. The attention will not be total if we seek an answer. Total attention is the process of meditation.

To see requires an attention that is active, not simply one produced by the shock of an outer impression. We need to realize that our usual attention is not in contact with what it perceives, and as a result, we do not really see. For this contact, the attention must become active.

To be present requires dividing the attention.

What happens when I bring my attention inside my body, what takes place when I divide my attention between experience inside my body and my companions in the dance. From simple yet profound actions of attention, body, and mind, a Gurdjieff dance is brought to life. Reciprocally, when the dance becomes actual in the doers, new energies are present in, among, and between the dancers.

The movements are in many ways like a hologram of the ideas inherent in The Fourth Way system. They consist of abstract gestures and positions that have mathematical precision. However, the deeper emphasis in movements is on inner work that develops in time.

Music has a vital role to play in transmitting these teachings. Each movement has a piece of music specially composed for it in order to facilitate the desired effect on the practitioner. The true function of music has absolutely nothing to do with ‘accompaniment’, rather it is a living part of the inner work that takes place in the classes.

The five-day event will give you time to draw breath and pause a while, for you to be with yourself in a relationship of trust and wholeness. It is for creating spaces of meaning where you will not be judged by others nor, hopefully, even by yourself, but allow a creation to arise in them. At the heart of it is simple human contact. A person meeting another, just as they might meet themselves.

Teacher: Born in Bombay in 1975, Tabasheer Zutshi graduated in Ancient Indian Culture from St. Xavier’s College, Bombay, and later studied painting at The Delhi College of Art. Professionally, she has been a production and costume designer. Her work extends to film, theatre, installation, along with performance and sound art. Her artist collaborations as a costume designer and art director have been part of various art and theatre festivals. Since moving to Bangalore, she has offered workshops at the Srishthi Institute of Art in film design, from the perspective of visual and contemporary art.   Tabasheer has been teaching the Gurdjeiff movements over the last eight years to a disparate community from various parts of the country. Since the pandemic, she has returned to an independent studio based art practice – which is, in essence, a homecoming, her most natural self. It is a return to another beginning in the universe of eternal recurrence, and effort in self-remembering and re-imagining what it means to be human in time and space, through the prism of colour, mark-making, and gesture.
How I met the work and where I find myself now
For as long as I can remember of having the awareness of an inseparable inner voice, there was formed (unknown to me then) a deep wish to meet this voice. Back then I had no means to articulate this feeling, nor the tools or practice to bridge the distance between the inner and outer. I felt my body was meant to be involved and access a special language, through which I could understand and make meaning. My inner world was tumultuous, and living was a melodrama of sensorial and psychological experiences, interspersed with what may constitute looking for meaning, permanence, routine, authenticity, and love in the world of film, art, and craft. There was something of this to be found in the world of art but that too stayed elusive and unrequited.

When I first met the work it, was in a movements class around 2003 in New Delhi. There were images of a man called Gurdjieff and of dancers in peculiar postures and gestures that activated something I’d never felt before. I decided to have a taste of this experience. After the class, there was no question that I had found what I was looking for. It was effortless to make this my own. I found within it the conditions to question existence, self, suffering, human behavior, the inner voice, and more. The movements and literature opened up ways to observe, document, and process. It was embodied art, a community, and intelligence that contained the immense potential to live as I am. So I began the fascinating journey into my body, intellect and feelings, and what lay beyond, with a group of like-minded people. The group was led by our friend and teacher, Akash Dharmaraj. Trained and practicing as a clinical psychologist, she had been sharing the Movements and The Fourth Way work for a number of years. She was exceptionally gifted in artfully blending her knowledge of psychotherapy and the Fourth Way ideas, with The Movements. The impressions that I have received through her skill, tenderness, and the companionship of the group for over a decade are immeasurable.

A turning point was at meeting the mathematician, physicist, and philosopher Anthony Blake about nine years ago, who had encountered and studied under Gurdjieff’s direct student J.G. Bennett. This was another horizon of intersecting ideas and people from all over the world. His world has influenced my explorations from the perspective of myth and storytelling (which are deeply embedded in Gurdjieff’s writings), symbolism, cosmology (through the lens of philosophy and physics), dialogue, theatre, and the transformational art of deep listening. It has opened up a creative force, a capacity to foster closeness with uncertainty, and to the power of humility and surrender. He continues to remain a close friend, mentor, guide, and co-creator of art and meaning.

I explore Gurdjieff’s teachings and movements from the perspective of the contemporary and perpetual everydayness of living, constantly enriching my facilitation with new learning which includes, converging art, yoga, psychology, and literature from (but not limited to), Gurdjieff’s Fourth Way system. The teachings, talks, and meditations of Thich Nhat Hanh have been a constant source of support, insight, and refuge.

As an artist, the investigation into the reality of one’s selfhood and the world necessitates the revelation of an authentic essential quality in any process. This requires experimentation and efforts to remain present to new experiences, new ways of looking, and the risk of failure. Sharing Gurdjieff’s ideas and movements from this perspective has given way to exploring friendships and shared differences.