In accordance with the ancient Indian tradition of presenting education free of charge, all courses at Deer Park are offered gratis (unless specified)

All the Institute’s programs are supported by the donations of individuals and organizations.

We appreciate any support/dana towards making our activities possible and accessible for all. 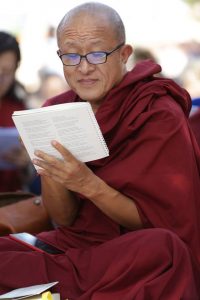 Deer Park Institute’s pilot Nalanda Studies Program is anchored in Buddhism and other classical Indian philosophies, classical language studies, meditation teachings, and retreats, with supplementary courses in contemplative arts, culture, and healing. Following the Nalanda tradition, the program involves learning through listening, reading, contemplating, meditating and experiencing. The curriculum is designed so that students may join for any length of time.

Buddhist philosophy studies in the Nalanda tradition focus on sutras (scriptures recording the teachings of the Buddha) and Shastras (treatises by great Indian masters). Accordingly, Deer Park offers a range of courses on these seminal texts, varying in length from a few days to several months. Highly qualified masters of various Buddhist traditions guide students in the systematic study of texts, debating and reflecting upon their deepest meaning.

The pilot Nalanda Studies program has also included courses in other classical Indian thought systems, such as Kashmir Shaivism, Advaita Vedanta, and Jainism, and we intend to expand this area of the curriculum in the future. 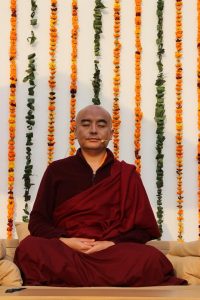 The three disciplines of hearing, contemplating and meditating are the lifeblood of the Nalanda tradition, which Deer Park aspires to follow. Many of the Institute’s philosophy programs and teachings include an element of meditation instruction and practice to help students take their understanding of the teachings to a deeper level. In addition to these courses, specialized meditation teachings and retreats are held on a regular basis. These programs are led by masters trained in the Theravada, Zen and Tibetan Buddhist traditions, as well as non-Buddhist traditions such as Kashmir Shaivism and Advaita Vedanta.

Besides these specialized retreats, daily morning meditation sittings are held throughout the year for students attending other courses or visiting the Institute, with personal guidance available on request from resident meditation instructors. The campus’ several temples and meditation halls are also available for individuals to use for their own practice. 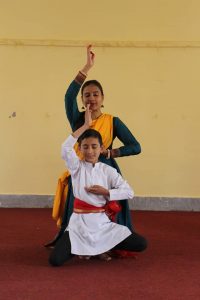 One of Deer Park’s most vibrant and innovative program areas is exploring the relationship between art and contemplative practice. This is also an effort to revive the atmosphere of study, contemplation, and expression in Nalanda.

Several successful arts retreats have been held, bringing together Indian and international artists, poets, monks, and scholars. These week-long programs combine presentations and practical workshops in disciplines ranging from Zen poetry and classical Indian music to pottery, calligraphy, and ikebana. Participants in these arts retreats explore the connection between creative expression and spiritual transformation through practical exercises, discussion, and sharing.

Besides these multi-disciplinary arts retreats, regular workshops and courses at the Institute also offer students the opportunity to explore and develop their skills in individual artistic disciplines such as writing, photography, sacred dance and music.  Since 2010, Deer Park’s Himalayan Film School has held regular photography and film-making workshops, an initiative designed to create and inspire visual expression among Himalayan youth. 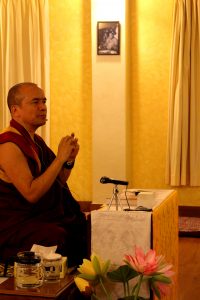 At Deer Park, as at Nalanda centuries ago, students come together from a vast array of cultural and linguistic backgrounds. While English is the primary language of instruction at the Institute, the study of classical languages enables students and practitioners to enter more deeply into the authentic meaning of the scriptures and philosophical treatises.

The Nalanda tradition has been well preserved in the Tibetan Buddhist system of study and practice, which today is followed by great numbers of people all over the world. Most international students of Tibetan Buddhism study and practice using translated texts, yet with the effort to learn to read the texts in Tibetan, a fuller world of meaning opens to them as they discover the nuances that only the original language can convey. At the same time, there is a pressing need for more translators to translate the vast Tibetan canon into English and other languages. With both these aims in mind, Deer Park Institute has made a priority of offering courses in classical Tibetan language. Annual month-long intensive Classical Tibetan courses have been offered since 2006, at both beginners and intermediate levels. In addition, since 2010, the Institute has been developing a comprehensive Tibetan language curriculum, covering both classical and modern spoken Tibetan.

Deer Park also offers regular short courses and workshops in Sanskrit, the original language of Mahayana Buddhist scriptures and most classical Hindu texts. Participants in these courses study key Buddhist texts such as the Praises to Twenty-One Taras and Samantabhadra’s Aspiration, learning both the meaning of the words and the way to chant them with correct pronunciation and traditional melody. Regular Sanskrit mantra-chanting workshops are also held alongside other Buddhist courses, and philosophy teachings at the Institute are often opened with traditional Sanskrit and Pali chants. 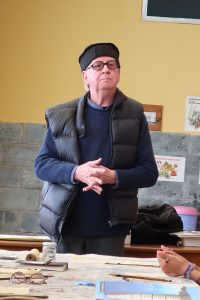 Yoga and traditional healing arts are an integral part of the classical Indian wisdom tradition that Deer Park aspires to follow. The holistic understanding of body and mind complements and deepens both the study of philosophy and the practice of meditation. 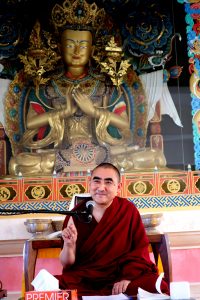 Engaged Buddhism is a means of integrating Buddhism with social action. In this spirit, Deer Park has organized and hosted special programs for a variety of socially engaged groups. These exchanges have proven rewarding for all concerned and have provided a template for further programming in this area.

Since 2007, annual Hindi-language Engaged Buddhist retreats have been held at the Institute, bringing together youth from across India to explore Buddhist philosophy, meditation, education, and social action. These retreats are one of several collaborations between Deer Park and the Youth Buddhist Society (YBS) of Uttar Pradesh, Nagaloka Institute and other organizations.

Other Engaged Buddhism programs held at Deer Park have included ‘Science for Monks’ workshops, retreats for grassroots leaders and sangha members from Burma, and a reconciliation retreat for interfaith peacebuilders from Sri Lanka.

Deer Park Institute has been a partner and supporter of the Thailand-based International Network of Engaged Buddhists (INEB) for many years, as well as being a member of its Executive Committee. In its institutional role, Deer Park was one of the coordinators for INEB’s biannual conference held on October 2011 in Bodhgaya, with approximately 250 participants.